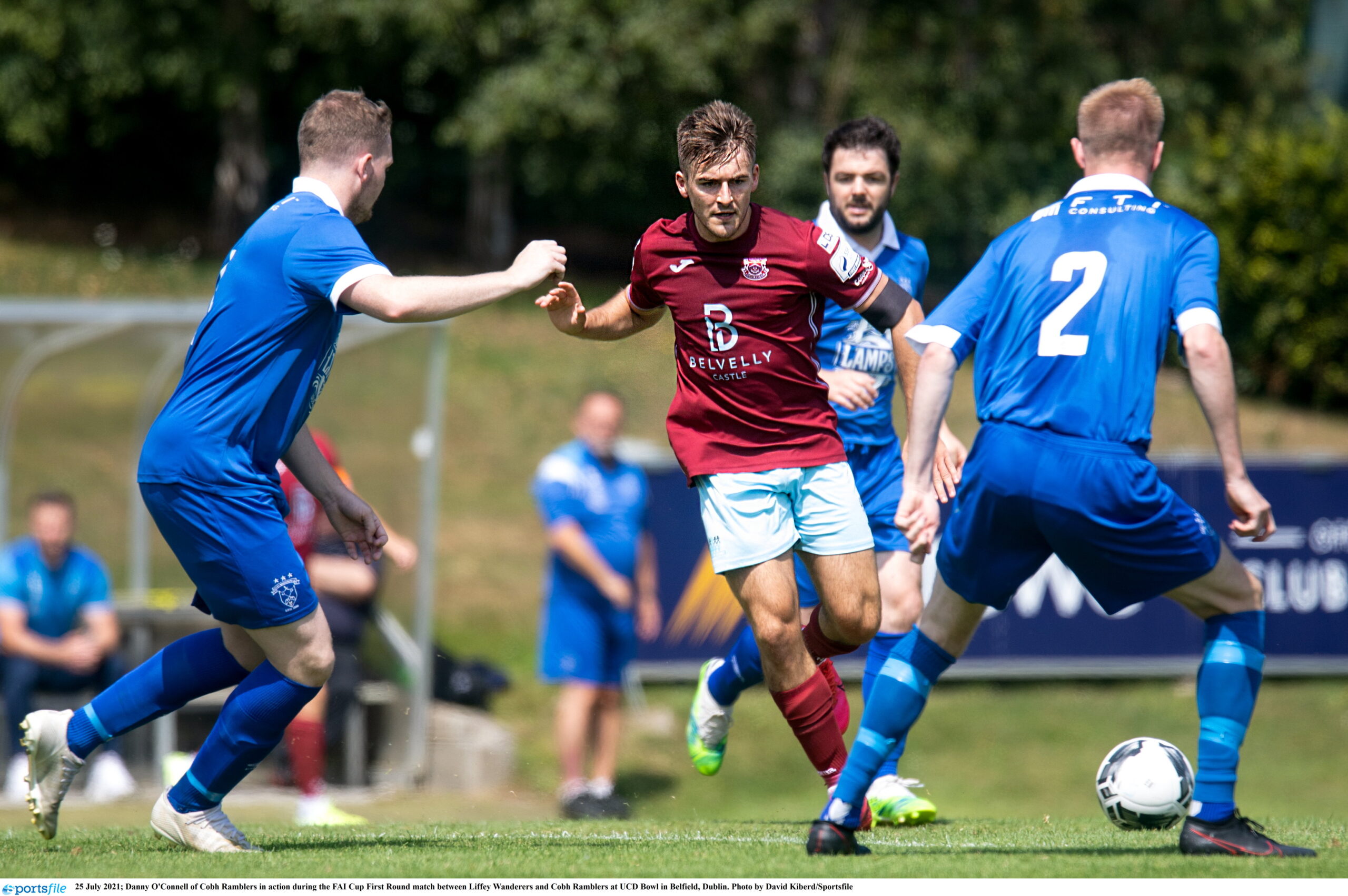 Maynooth currently sit 10th in the 14-team Senior Sunday LSL division. Liffey Wanderers, who Ramblers defeated 2-0 in the last round, are also in that division and occupy second spot at present.

The Rams come into the game on the back of last week’s 2-0 loss at home to UCD, while Maynooth went down 1-0 to Home Farm in their previous outing. They were 4-0 winners against Malahide in the last round of the FAI Cup, Patrick O’Sullivan scoring a hatrick. Former Dundalk and Cork City man Ciaran Kilduff is another man to watch out for in the Maynooth ranks.

The sides have never met before, although Maynooth faced Cobh Wanderers in the 2019/20 Intermediate Cup, winning 3-1 against a side that included current Rams Nathan O’Connell and Jason Abbott.

Charlie Lyons’ suspension won’t apply for this game so he is in line to make a return to the squad. Pierce Phillips and Jake Hegarty were forced off early against UCD and will be assessed closer to kick-off, as will Cian Murphy, Darryl Walsh and Danny O’Connell.

Manager Darren Murphy gave his thoughts ahead of the tie earlier this week,

“By all accounts they are happy with the draw, to get us, but we’ve done our homework on them and are ready for the game. Cup games are always different, they’ll be well up for it. They see us as a scalp and we have to take that on-board.

“A cup run would be huge. It gives the whole club a boost. You have to put in a performance every round and that’s the challenge for the players. All we can do is prepare and have the lads confident and ready to go. It’s up to them when they step on the pitch.”

Goalkeeper Sean Barron also spoke about the Maynooth game. As a former Avondale player he is aware how this Intermediate experience could come in useful for him, and for a lot of the squad with a similar background,

“They’ll be a good side. They’ve showed their ability in the Intermediate Cup and we won’t be underestimating them. I’ve played intermediate football long enough to know what it means to players getting their chance of a scalp like this. A lot of these fixtures come down to mindset. We know their pedigree so it’s the same as if we were playing a League of Ireland game. We’re aware of the attitude that we’ll be facing, a lot of us have been there ourselves as players.

Looking at our work behind the scenes, it’s only a matter of time before it clicks. The improvement has been there in training the last few weeks.“

Sean also spoke of the return of centre back pairing Charlie Lyons and Ben O’Riordan,

There’s no down-playing it, they are two class defenders and when they’re missing you feel it . They make my job a lot easier as a goalkeeper. There were a few other knocks in the squad as well but we have them back now and that’s a good platform to build on going forward.“

Kick-off on Saturday is at 19:00. The game will not be live-streamed, with live updates available on our social media channels instead.