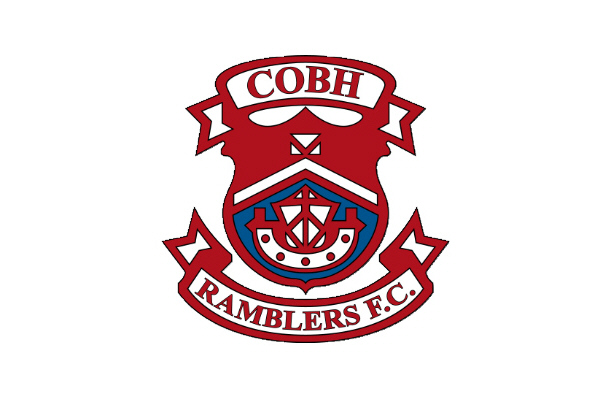 Where do I start! A match that had everything. It was a game that exceeded all expectations, full of the passion, determination and flair associated with the Cork-Cobh derby. Five goals, two red cards and some crunching tackles, what more could you want!

Within two minutes of the game starting, Cobh were a man down. Anthony McAlavey ran though on goal for City before Kelvin Thompson fouled him. Referee Tommy Mazur consulted with his assistants and then showed the Ramblers centre back a red card, to the dismay of the Cobh players. Chris McCarthy was moved to centre back with George Gill tucking into midfield. Craig Donnelan went close with the resulting free-kick but Steven Hickey was equal to it. The wind had a huge factor on the game and both sides struggled to deal with it early on. On ten minutes the Islanders took the lead through captain Keith O’Flynn. A superb ball by Jonathan Creamer found the winger and he brillinatly lobbed Cork keeper Michael Sadys.

The Cobh defence were magnificent in the first half. Commanded by the excellent Sean O’Mahony, they stood strong to everything that the Rebels threw at them. On 31 minutes, Cork were also reduced to ten men. Anthony McAlavey made a late sliding challenge on Cian Murphy and Mazur gave the City player his marching orders.  This put Cobh on an equal footing and they began to attack more. Ryan Goldsmith and George Gill, in his first ever Cobh start, were a constant threat to Cork. Harte almost equalised but he blew over from close range. Meanwhile, Creamer really should have done better after he rounded Sadys in the Cork goal but his poor effort was easily cleared. The tackles continued to fly in as both sides gave it everything. The Rams went in 1-0 up at the break.

It was City who started the second half the better. Donnelan and Darren Murphy began to take control. Conor Ellis and Greg Harte were beginning to cause the Cobh defence more trouble and both could have drawn City level. Ramblers had chances of their own with Creamer and O’Flynn having shots well saved. City’s continued to press and the equaliser was inevitable. On 72 minutes, they got it. The very impressive Harte found Craig Donnelan and from close range, the ex-Corinthians man slotted home. Both sides exchanged posession in the last quarter of normal time but couldn’t find a goal. With just minutes left, Cobh keeper Hickey magnificently pushed a corner onto the crossbar before Sean O’Mahony cleared the rebound off the line. It was all hands on deck for the Rams. The sides could not be separated in normal time and were locked at 1-1 after 90 minutes.

Just moments into extra time, Cork netminder Sadys handled the ball outside the area.  Cobh substitute Danny Barry took the resulting free-kick and what a strike it was! Sadys could only get a hand to it as it hit the back of the net, to Cobh’s delight. It was Barry’s third goal of the tournament, all coming in extra-time.

Minutes later, Ramblers doubled their lead. The ball came to Rob Lynch and out of nowhere he produced an outstanding strike from 30 yard, that rattled the crossbar before finding its way into the City goal. The crowd were speechless. Cork were shell-shocked. Greg Harte continued to impress and went closest before the break. As the sides entered the last 15, players were increasingly getting struck down with cramp. City never gave up though and on 112 minutes they were given a lifeline. Harte beat Rams goalkeeper Hickey with a superb strike that flew into the top corner to give his side hope. As Cobh grew tired, there was more space in midfield. Darragh Corcoran found himself unmarked on the edge of the area and his shot looked destined for the back of the net only for an amazing save by Hickey. Ramblers almost wrapped it up late on when Goldsmith caught City on the break. He found Barry but the young striker couldn’t add to his tally. It didn’t matter though as Cobh held on for the win.

The emotion on the pitch at the end captured the feelings of the teams. Cork were devastated, having given it everything. They played their part in a superb game that will be remembered for a long time.

It has to be said, the night belonged to Cobh. A first ever final appearance awaits for the club.  Every player went all out and put their bodies on the line when it mattered.
After one of the greatest games this season, we now know that the Enda McGuill Cup will have a new name on it this year. Carrigaline played host to a great game and the attendance showed how much this game means to the people of Cork. For Cork, it’s back to focussing on the league but for Ramblers, the final awaits. Shelbourne or Drogheda will face the in the final. They play next weekend.

LOI19.com Man of the Match: It is very hard to pick out one individual in this game who shone out. Cork City’s Greg Harte had a fine game and deserved his brilliant goal. Ryan Goldsmith, George Gill and Chris McCarthy all gave magnificent displays for Cobh but I feel it has to go to centre back Sean O’Mahony. He was first to every ball and gave the opposition no time on the ball. He summed up what it meant to the Cobh players and lead his team like a true leader.