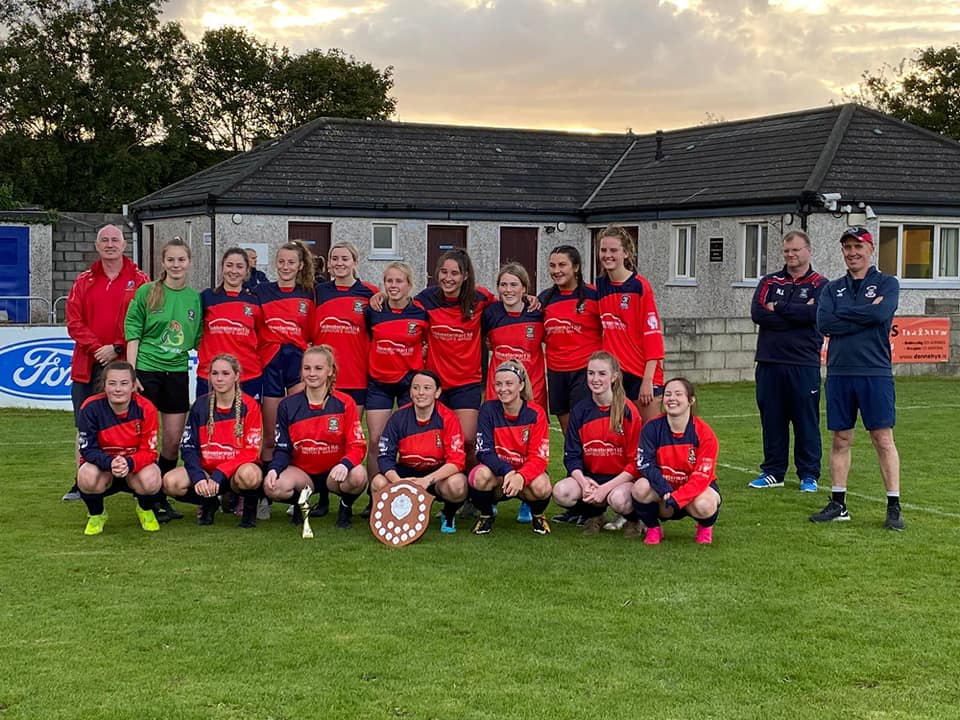 Cobh Ramblers FC are delighted to have reached an agreement with Springfield Ramblers which will see our club return to women’s football in the 2021 season. The Cobh Ramblers Women’s team was previously a key part of the club, particular in the 2000s under the guidance of the late Liam Amphlett among many others. The club has been absent from women’s football for the past decade and we see it as a vital step in developing our club ahead of our centenary year in 2022.

Such an intention has been in the club’s thought process for the last 18 months, a period which saw a number of Springfield Ramblers Women’s senior and U20 games take place at St Colman’s Park.

With Springfield Ramblers essentially a schoolgirls/schoolboys club, an agreement was reached to bring the adults teams under the Cobh Ramblers umbrella, and play as Cobh Ramblers.

The current plan is as follows; In 2021 the club will enter the Cork Women’s and Schoolgirls Soccer League (CWSSL) team as Cobh Ramblers in both the senior and U20 leagues. These will be the Springfield Ramblers teams from 2020. In 2022 our aim is to enter a Women’s National League senior team, and also to continue with the CWSSL teams.

From there we hope in 2023 to enter the U17 and U19 national league teams. We are familiar with the level of managing and coaching required and are in the process of putting management teams in place. Our main focus is to have a level of football available to all ladies who wish to play, and to introduce a pathway for elite players, while ensuring that the club keeps its ethos of being a club for the community.

Our plan is that the CWSSL teams will be feeder teams for the national league teams, and welcoming to all players of all abilities.

“For us, to have women’s teams back at the club is a huge step for us. We are an inclusive club with a focus on increasing diversity at all levels, and a ladies’ national league team is a key initiative along that pathway. Ladies’ football is growing at an enormous pace in Ireland. It is opening up our club to a hugely influential demographic. We are delighted to give the best female talent in the region the chance to play nationally, just as we do with our male teams.

“We will provide an option for women in Cork to play at a level that suits their ability. We are an ambitious, proud, community club. Our ladies’ teams will engage further positive momentum and contribute to our upward trajectory as a club.”

Springfield Ramblers Woman’s Coach, and CWSSL Fixtures Secretary, Steve Mulcahy has been a key figure in this development and spoke to the Ramblers media team about the announcement,

“As someone who has always coached girls and ladies teams, I think that this is a great step forward for football in Cobh and Cork as a whole. It gives a huge sense of achievement following the amount of work put into the Springfield Ramblers girls’ section over the last few years. Hopefully the girls will now see that we have a pathway available to rival their male counterparts and allow them to fulfill their potential playing at Ramblers.”

We also got the views of Springfield Ramblers Womens’ Senior Captain Mary McDonnell, pictured above at St Colman’s Park

“As a player I see this as a fantastic step forward for the club and the town. For a long time elite players in the area have had to travel to other clubs, sometimes even other counties, to play their football. This is huge for the young girls at Springfield Ramblers and really shows the ethos of Cobh Ramblers as a community club. I’m involved in coaching these girls myself and now these players will have a pathway all the way to senior level, whatever their ability. This partnership is the fruition of all the hard work that has gone into growing the women’s game in Cobh over the past few years.

If you think of the 20×20 campaign message, “If she can’t see it, she can’t be it,” Cobh Ramblers are showing their wholehearted backing of this message and showing the younger generation of female players that they do care. It’s also a great development for Cork as a whole. For a long time a second national league team has been needed in the county. There will now be local derbies with Cork City at male and female levels, who doesn’t love that!”