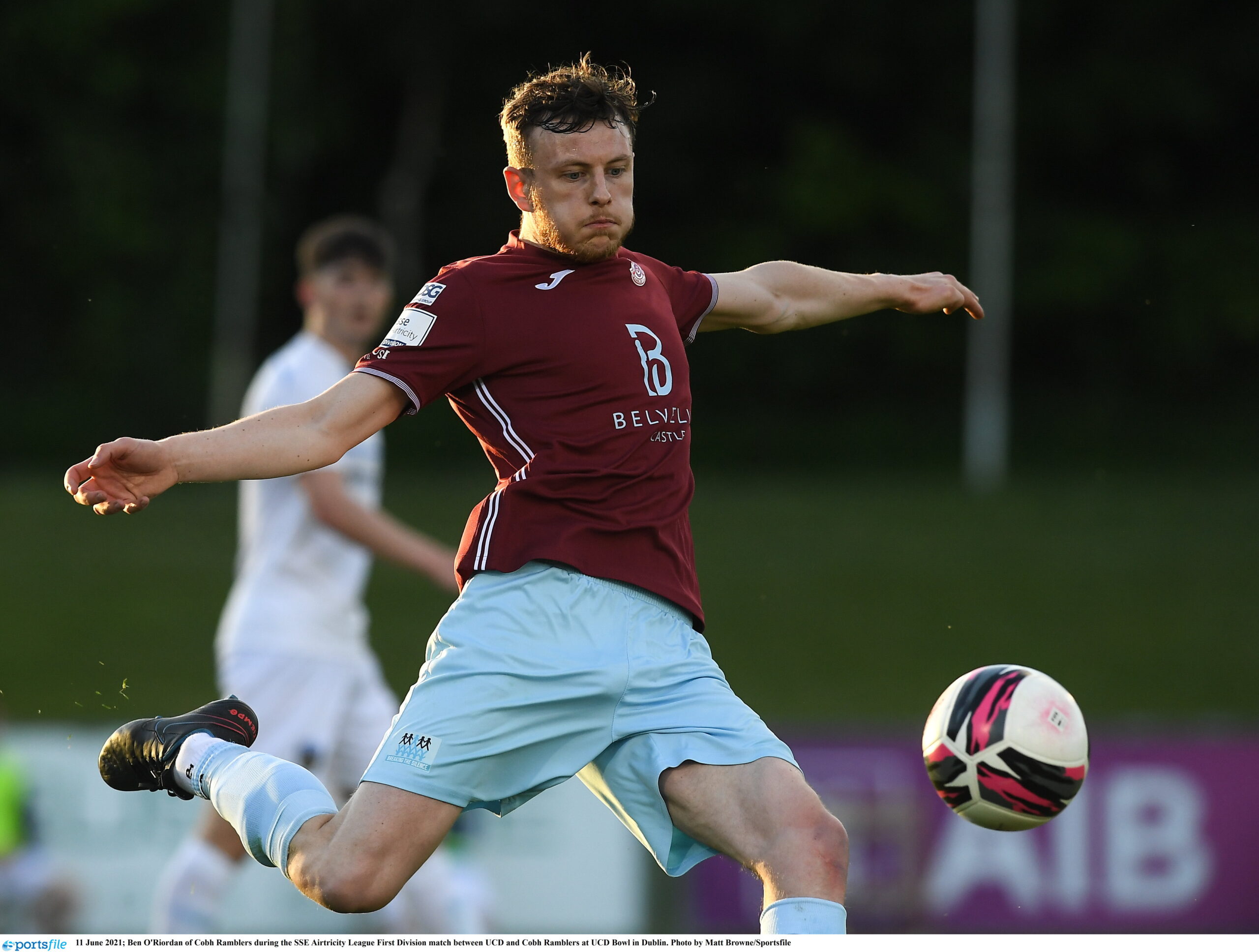 The Rams come into the game on the back of last week’s 2-0 FAI Cup win over Liffey Wanderers in UCD. Nathan and Danny O’Connell both picked up their first Ramblers goals, in what was Nathan’s debut.

While Shelbourne are unbeaten in the First Division, they suffered a 2-0 cup defeat against UCD last weekend. Their league form however is exceptional, with nine wins from their past ten outings.

Shels were 2-1 winners when the sides met at St Colman’s Park earlier in the season, a game where Drinan also scored. Our last win against the Dublin side was in August 2019, with our last away win in Tolka coming two years prior.

Cobh’s Lee Devitt is suspended for the game having picked up his fifth yellow card of the season. Full back Darryl Walsh is a doubt and will be assessed prior to kick-off. New signing Jason Abbott is expected to be involved, four years after his last Ramblers appearance.

Manager Darren Murphy gave his views on the tie earlier this week,

“We were really pleased with last weekend, we thought the lads did a great job. It was a professional performance and that’s needed in a cup game. Overall we’re very pleased with our first week.

Last week is gone now, we have to get into the frame for this weekend. Shelbourne are top of the league, they’re a very good side. We’ve watched them, we have a plan in place and are building towards that. All week we’ve prepared for this game, all we ask is for another performance from the lads.”

Club captain John Kavanagh also gave his views ahead of the trip to Dublin,

“We’ve no reason to fear them. Yes we have to give them the respect they deserve, they’re unbeaten in the league and it’ll be a difficult game. But there’s no easy game in this league. We just want to build on our clean sheets, build on our wins and keep improving as a group.

Throughout this season we haven’t had a settled back four, through injury and suspensions. We’re getting back to that in the last two games. If you look at last year that was the foundation and we went from there.

Friday night’s game is live on LOITV, kicking off in Tolka Park at 19:45.